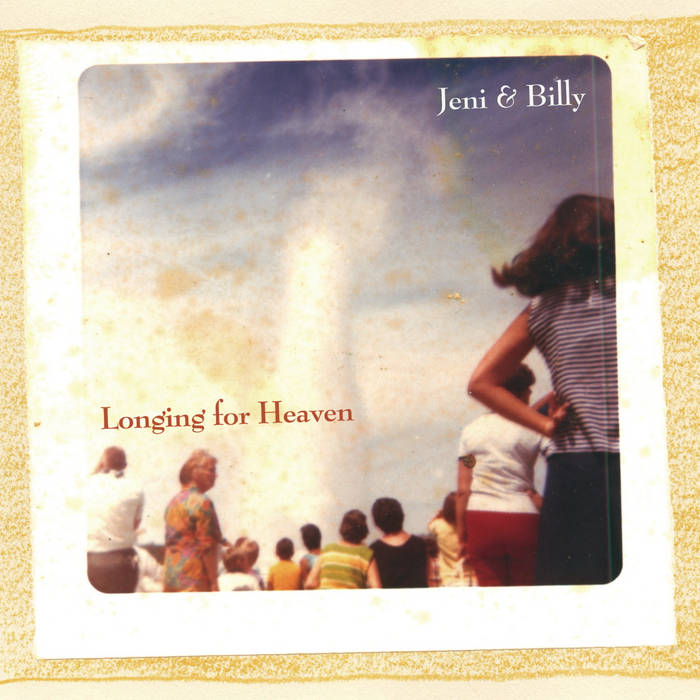 Heaven has always set me to wondering. It puts me in mind of a family reunion. I wasn’t always anxious to go to our family reunions, on account of all of the strangers I was bound to meet there and the scratchy clothes I was doomed to wear for every family event. I feel the same sort of reluctance to visit Heaven, since it would — barring unusual circumstances — mean the end of my time here on Earth. But like our family reunion, Heaven, I imagine, will be full of people I love. That’s how my Mawmaw, Narcie Smith, described Heaven to me. Not only are there walls of jasper and streets of gold, as they promise in the old hymns, but everyone you ever loved will be waiting for you there. I would like to hear Grandaddy Hankins sing “Eng-a-land swings like a pendulum do” again and the laugh of my friend Zac who died just after college. And I’d liked to hear Gram Gilbert play the Gibson guitar that his family gave to Billy and me, which is so much a part of the sound of this record.

When I was little I thought about Heaven a lot. My Dad was at the Harvard Divinity School and my curiosity about what that meant lead to many explanations from him that persuaded me that Heaven was something worth thinking on during the lulls between arguing with my sister and doing Barbie hair. I felt a little like Winnie the Pooh when he sat down on his tree stump and said “think, think, think.”

The thing that most troubled me was that a kid in my third grade class didn’t come to school one day and the teacher said that he had died. Mom explained to me that he had cystic fibrosis. I couldn’t understand what God could want with him up in Heaven when it seemed like so many people were missing him on Earth. After a few weeks of thinking about it, I decided that God brought people of all ages up to Heaven, because Heaven was so much more interesting and better with people of all ages. The choir was better. Games were better. The moms who missed their own children could look after the kids in Heaven and the kid who missed his sister had a sister in Heaven. This gave me some comfort — especially since I was prone to thinking I was the next kid going to Heaven.

Maybe it’s from growing up half the time in a pentecostal church that makes me still surprised to be here. The hymns I learned at the Friendly Chapel Church painted the day of rapture as imminent. I thought I’d better get ready. In college, I got notions from reading Virginia Woolf’s “Mrs. Dalloway” and never letting go of Clarissa’s thought that it is dangerous to live even one day.

But I think my expectation of suddenly being taken up to Heaven comes most of all from idolizing my Mawmaw Margie, with her plastic fruits, plastic floor runners, plastic Christmas tree, plastic wrap on picture frames, her big wide smile, polyester pants, and Fruity Pebbles in the kitchen cabinet. One February she was gone with pneumonia, and I didn’t get to say goodbye. Most of us won’t get to say goodbye. It just doesn’t seem to work that way. But Mawmaw Smith said that was alright because, for her, Heaven was like a great big Hello.

The 1957 Gibson J-50 guitar used on this record was generously given to Jeni & Billy by Paul and Beth Gilbert in memory of their son Gram Gilbert who is playing in that angel band. Gram’s long stays at the Vanderbilt Children’s Hospital were made much more bearable by the magical gift of music. Please consider donating time or resources to the Music Therapy Program at Monroe Carell Jr. Children’s Hospital at Vanderbilt, 2200 Children’s Way, Nashville, TN 37232.

A portion of the proceeds from the sale of this record will go to Grassroots Leadership founded by songwriter and activist Si Kahn. To learn more visit www.grassrootsleadership.org

Jeni & Billy thank Si Kahn and John McCutcheon for their encouragement and solidarity; Jim Lauderdale for sharing his Sacred Harp with us; Kim Sherman for friendship and a great eye; Darcy Cotten for friendship and spunk; Shad Cobb for his fine fiddling and bluegrass harmony; Josh Dunson at Real People’s Music for keeping us on the road; & Kelly Foley at adastra for keeping us on the motorway.

To the DJs too: Mike, Frank, Wayne, Michael, Aer, Wanda, Pam, Phil, Naomi, Rich, Richard, Lauryn, Cathy, Robyne, Charlie, Niall, Ralph, and all of the DJs who have shared our music with their listeners.
Special thanks to President Cecil Roberts of the United Mine Workers of America. Jeni & Billy are proud members of the American Federation of Musicians Local 1000.

Thanks to the fine folks at MODA, who made the fabrics used in this booklet and in the enhanced portion of our CD.

Always thanks to the Hankins & Kemp families especially Greg and Marcy Hankins whose work and support shows throughout this project! And to everyone up on Smith Ridge and Jewell Ridge.

Jeni Hankins grew up in the coalfields of Appalachian in Southwest Virginia among a family of miners, moonshiners, and journalists. Her writing pulls the grit, gumption, and keen sense of observation out of that heritage like drawing water from her grandmother’s well.

In every song, Jeni’s “true sense of place shines through – old as the hills, but brand new at the same time.” ... more

Bandcamp Daily  your guide to the world of Bandcamp

Benji B talks about his new compilation ‘Deviation Classics’